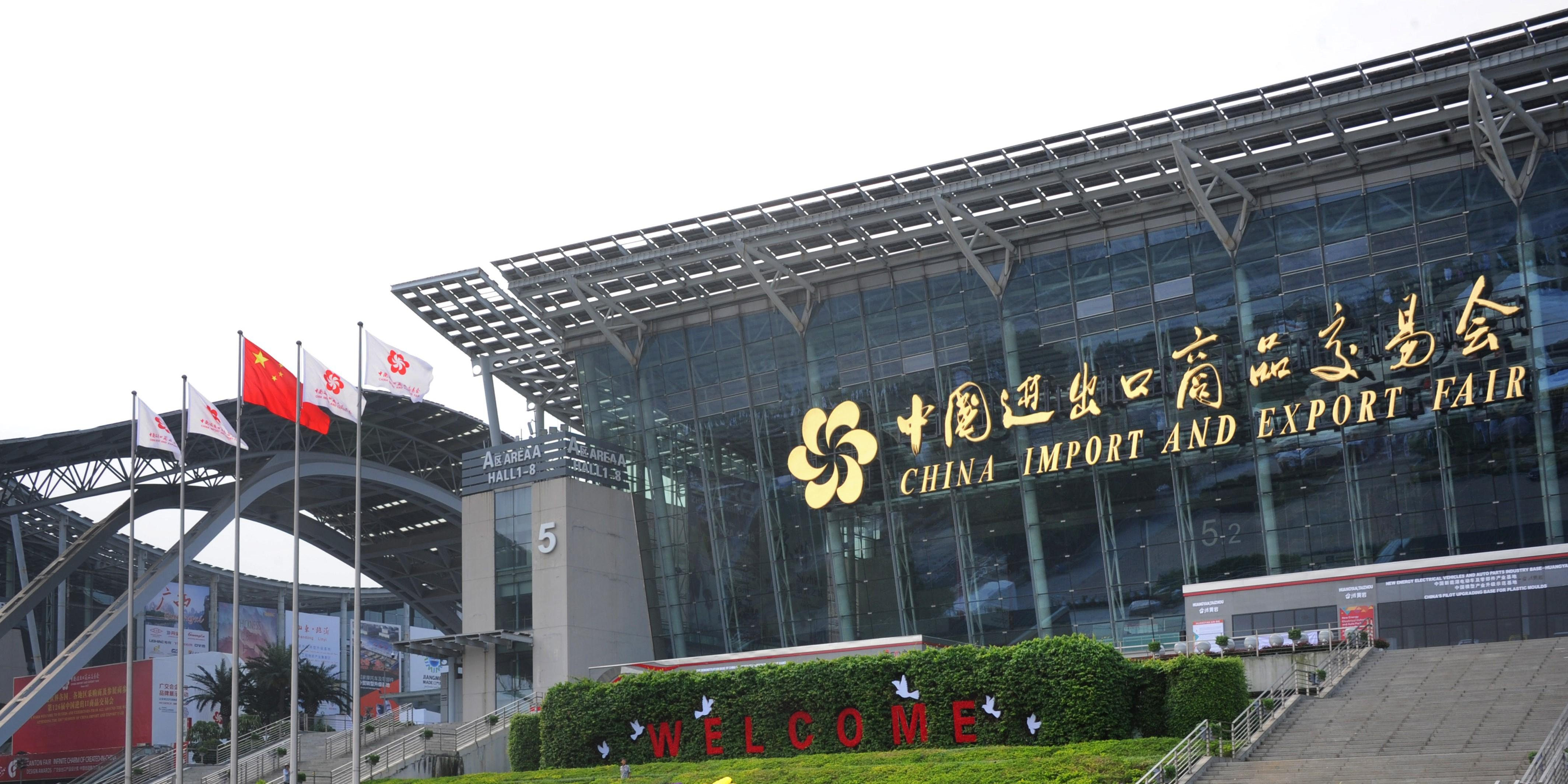 Xu said that guided by Xi Jinping Thought on Socialism with Chinese Characteristics for a New Era, we implemented the instructions of President Xi's congratulatory letter as well as the policies and deployments made by the Central Committee of CPC and the State Council on stabilizing foreign trade. Under the strong leadership of the Ministry of Commerce of PRC and Guangdong Provincial Government, with the great support of various departments of the central government, local commerce departments and Chinese embassies and consulates abroad, and concerted efforts of all the staff, the 129th Canton Fair operated smoothly with positive outcomes achieved.

Xu stated that at present, the Covid-19 is still spreading across the globe, while globalization has run up against headwinds. At the same time, global industrial and supply chains are faced with profound adjustment with increasing uncertainties. Themed “Canton Fair, Global Share”, the 129th Canton Fair was held successfully online in the principle of “open, cooperation and win-win”. The Fair has not only made due contributions to maintaining the sound momentum of foreign trade, advancing innovation-led development of foreign trade, and ensuring smooth global industrial and supply chains, but also injected strong impetus into international trade and economic recovery.

Xu introduced that the Canton Fair virtual platform had operated smoothly. The following columns were set up on the platform, including Exhibitors and Products, Global Business Matchmaking, VR Exhibition Hall, Exhibitors On Live, News and Events, Services and Support, Cross-border E-commerce Zone. We integrated functions of online displaying, marketing and promotion, business matchmaking and online negotiation to build a one-stop trading platform breaking the limit of time and space for companies from home and abroad to do business at their fingertips. As of April 24th, the Canton Fair official website was visited 35.38 million times. Buyers from 227 countries and regions registered and attended the Fair. Diverse and international mix of buyer attendance was again reflected in the stable growth of the number and the record-high source countries. Guarded by the level-3 cybersecurity mechanism, the official website operated smoothly and no major cybersecurity and information security incidents emerged. With better functions, services, and improved user experience, the Canton Fair virtual platform achieved the goal of “register, find products, and conduct negotiations” for buyers and suppliers, and was highly commended by exhibitors and buyers alike.

New products and technology brought dynamism to the virtual Canton Fair. 26,000 exhibitors carefully prepared and displayed new products made with revolutionized technology in creative forms, showcasing to the world Chinese companies’ vitality in innovation and a brand-new image of Chinese enterprises and Chinese brands as well as “Made in China” and “Created in China” products. In the 129th Canton Fair, exhibitors uploaded over 2.76 million products, an increase of 290,000 over the last session. According to the information filled in by companies, there were 840,000 new products, an increase of 110,000; 110,000 smart products, 10,000 more than the last session. Smart, cost-efficient, high-tech products with high added-value, self marketing and self-owned IP and brands witnessed a steady growth, with advanced, smart, branded, and personalized products as the mainstream. 340 overseas enterprises from 28 countries and regions uploaded over 9000 products. A comprehensive collection of superb products attracted global buyers to conduct negotiations. Virtual exhibition hall attracted an accumulation of 6.87 million visits, with that of the National Pavilion 6.82 million visits, and the International Pavilion 50,000 visits.

New philosophies and models were embraced by buyers and exhibitors. As the third virtual session, the 129th Canton Fair empowered exhibitors with an Internet Plus platform. Thanks to the previous two sessions, exhibitors had a deeper understanding about digital marketing and live-streaming. In the 129th session, they were able to display products in various forms and provide diversified customer service. The live streams were viewed 880,000 times. With optimized live-streaming resources, exhibitors were better prepared with more targeted live-streaming content. Through live-streaming and interaction with buyers, exhibitors gained a more accurate comprehension of market demands, hence advancing R&D and marketing in a more targeted fashion. On average, each live stream was watched 28.6% more times than the last session. The VR Exhibition Hall, where VR booths of exhibitors were located, was set up based on product categories to provide an immersive experience for buyers. 2,244 exhibitors designed and uploaded 2,662 VR booths, which were visited more than 100,000 times.

New markets and new demands offered bright prospects. Exhibitors took full advantage of domestic and international markets and resources via the Canton Fair, satisfied new demands in the two markets and contributed to the dual circulations. Fruitful outcomes in traditional markets were achieved while closer ties with emerging markets were established. Chinese companies were active in exploring the domestic market. During the 129th Canton Fair, we ramped up invitation of domestic buyers. 12,000 domestic buyers registered, attended the Fair and initiated 2400 times of instant messaging, submitting nearly 2000 sourcing requests. We have taken various measures to connect domestic trade with foreign trade, boost domestic sales of commodities originally produced for exports, and give exhibitors a leg-up in seizing enormous opportunities brought by burgeoning domestic demands and upgraded consumption. Together with the Department of Commerce of Guangdong Province and relevant chambers of commerce, “Driving Domestic and Foreign Trade in the Dual Circulation” event was successfully held. Nearly 200 exhibitors and over 1,000 domestic buyers participated in the matchmaking on site. Exhibitors gave positive feedback that it was a productive event.

Trade matchmaking was conducted in a smarter and more precise manner. We optimized the features of processing sourcing request in exhibitor’s account and instant messaging, improved live-streaming resource distribution and management of Exhibitor Centre to facilitate more precise trade matchmaking. A practical and convenient function, e-business card served as an important channel for exhibitors to collect buyers’ information. Nearly 80,000 business cards were sent through the Canton Fair website. A tag of “domestic trade” was added to more than a million products, and buyers could select these products with just one click. We also put out an online guide book of quality exhibitors on domestic trade to help suppliers and buyers connect with each other quickly. In the “Rural Vitalization” zone, an exclusive tag was added to 1160 companies of 22 provinces and cities for targeted matchmaking.

Supporting services were perfected. An online-offline merged model to deal with complaints of IPR and trade disputes was enhanced to ensure IPR protection in a high standard. 167 exhibitors were filed in IPR complaints, and 1 enterprise was determined as constituting alleged infringement. 7 financial institutions of the Financial Services Section customized exclusive products for exhibitors. The Section was visited nearly 49,000 times, with more than 3,300 loans offered and around 78,000 cases of settlement handled in total. We also organized an offline financing event with Bank of China Guangdong Branch to achieve face-to-face communication with exhibiting companies and provided targeted financial services. Online customs services were enhanced to guide enterprises to take full and better advantage of relative policies. Foreign trade services were offered in an integrated way, such as postal service, transportation, commodity inspection, product quality certification, to build a “one-stop” service platform. We set up the Cross-Border E-commerce Zone and held activities themed “Same Tune, Shared View” to connect with e-commerce platforms and extend the benefits to more companies. China’s 105 Cross-Border Comprehensive E-Commerce Pilot Zones were presented to the world. We perfected our multimedia, multi-lingual and 24/7 smart customer service system that featured “staff support plus smart service” to offer convenient services for both buyers and exhibitors.

Xu introduced that Canton Fair’s value lies in its contribution to the trade cooperation between China and the rest of the world in an innovative way, one-stop trade negotiation and sourcing for Chinese and foreign companies, reliable resources of supplier and buyer, insight into industrial trend and global trade and comprehensive services. The Canton Fair has boosted the development of Chinese and international exhibition industry, and advanced China’s foreign trade, global trade and world economic growth. In the future, we at the Canton Fair will further serve China’s national strategy, all-round opening up, innovation driven development of foreign trade, and the establishment of a new development pattern. According to the demands of Chinese and foreign companies, we will keep optimizing our services to provide more benefits to businesses at home and abroad.

Xu said media outlets worldwide produced well-designed and multi-dimensional reports on the 129th Canton Fair, telling the story and spreading the voice of the Fair, thus creating a positive public opinion atmosphere. He looked forward to meeting everyone in the 130th session.